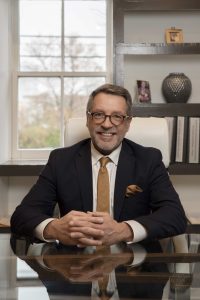 Managing Attorney James M. Linehan has over thirty years of legal experience as an attorney, practicing as a defense attorney, prosecutor, and magistrate. Practicing law from all sides of the bench and bar provides an invaluable perspective to what is important to every person in the legal system.

Over those 30 years, James has tried and won jury trials in numerous counties and jurisdictions throughout Central Ohio. Having the confidence to prevail at trial before a jury of your peers leads to favorable resolutions to your case both inside and outside the courtroom.

James is a respected member of both the legal and hometown communities. He is a former professor and teacher, and he has been a presenter to defense attorneys, prosecutors, and judges with the Ohio Judges College. Outside of the courtroom, James is a former elected member of the city council, civic leader, coach, and lead county organizer for several national campaigns.